What is a transportable home?

You may have seen them being transported around New Zealand on the back of a lorry or seen pictures of someone literally moving house. It's quite an interesting concept that isn't seen all over the world at quite the same level as New Zealand. The combination of our wide roads, relatively low population density and rolling countryside enables something as large as a house to be moved with ease - something that would be impossible in places like Europe and Asia.

And while the sight of them might be quite commonplace on these shores what a transportable home is, and what it isn't, can sometimes cause some confusion. Continue reading to have any misconceptions cleared up!

What is a transportable home?

There are a few subtle differences that distinguishes a transportable home from a mobile home and a relocatable home. While all three can be transported, the distinction often comes from how easy it would be to repeat the process time and time again with the same house.

Typically, a transportable house is:

Transportable homes are generally one-way journeys. They leave the factory where they were built and are transported to site before staying there for the rest of their useable life.

If a house can be very easily lifted from its location and moved to another one to be connected again with very little fuss then it's more accurately described as a relocatable home. These are often on steel skids and have easily accessible fixing points for cranes to move them around. 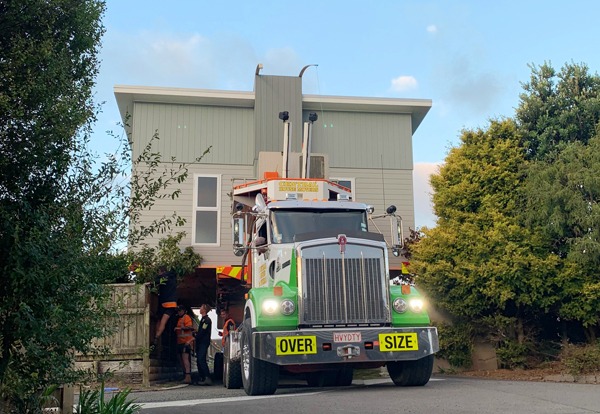 Confusion can stem from New Zealanders seeing signs offering a home for removal and seeing older dwellings on the back of a truck. Surely those are transportable, they're being transported after all!

Many of those older dwellings were never designed to be transported on the back of a truck. For several the damage inflicted by being lifted, cut into transportable pieces and driven 100s of kilometres to the storage facility will mean they're no longer useable. Sometimes only the most skilled specialist builders can breathe life back into those houses. Many have been removed because the cost of fixing them outweighs the cost of having them removed and replaced with a newer home. This is especially true if the section the home occupied is quite desirable and would suit a more modern home.

How are transportable homes different?

Special design considerations need to go into a transportable home and sometimes this can dictate elements of the design.

For example, a category 1 truck can carry loads up to 3.7m while a category 2 vehicles can go to 4.5m but because loads over 3.1m require a pilot vehicle and a Class 2 Pilot many transportable home companies will restrict their unit widths to a maximum of 3m to save cost and logistical challenges.

Many Manor Build homes are as wide as 8m, which means they require a Category 4a vehicle and two pilot vehicles with licensed pilots present. This does increase the transport cost but does mean the home does not have to be restricted by the same requirements as homes limiting widths to adhere to differing transport requirements.

So, just because you see a home on the back of a transporter truck that doesn't always mean that it's a transportable home. It might be a relocatable home or it might be a home that was never designed to be on a truck being taken somewhere else to clear a site.

Keep up to date with us